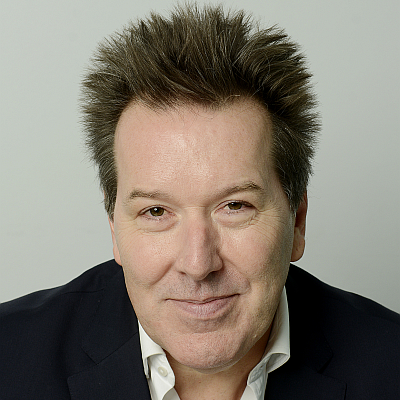 Following 17 years as HSBC’s Chief Global Economist, Stephen was appointed HSBC’s Senior Economic Adviser in 2015. Stephen’s career began at H.M.Treasury, where he was an economic adviser within the civil service.

Stephen’s acclaimed book, Grave New World (Yale) – described by Lawrence Summers, former US Treasury Secretary, as ‘a very important book at a crucial time’ – was published in May 2017 to considerable critical claim: long-listed for the FT-McKinsey Business Book of the Year, it was later picked as a ‘book of the year’ by the Financial Times. In February 2019, a Mandarin translation will be published by CITIC Press Corporation.

His book, When the Money Runs Out (Yale) was selected as a ‘book of the year’ by the Financial Times, the Economist and the Times. His first book, Losing Control (Yale), was published in 2010.

Between 2014 and 2017, Stephen was a member of the Financial Times “Exchange” which, in the FT’s words, offered “agenda-setting commentary from leading policymakers, academics and writers around the world”. In 2018, he became a regular columnist for the London Evening Standard in addition to writing occasionally for both the Financial Times and the Times. Between 2015 and the 2017 General Election, he was a Special Adviser to the House of Commons Treasury Committee.

Stephen studied at New College, Oxford. In his spare time, he plays the piano.