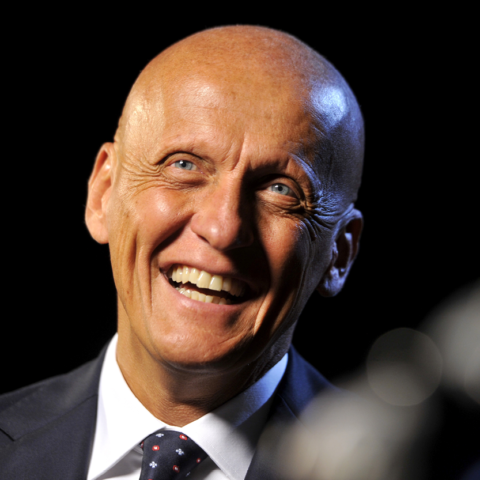 Pierluigi Collina, one of the most recognised celebrities on the planet, has refereed at the highest level across the globe including the 2002 World Cup Final, the 1999 Champions League Final and the 1996 Olympic Games Final, plus countless World Cup and International matches, as well as in Serie A in his native Italy. Pierluigi Collina was voted the Best Referee in the World by IFFHS, International Football Federation of History and Statistics in 1998, 1999, 2000, 2001, 2002 & 2003. He was also named Commendatore dell’Ordine al Merito della Repubblica Italiana, one of the highest honours, in Italy in 2003 and Doctorate ”honoris causa” in Science by The University of Hull in 2004. He was uniquely respected by the players, managers and fans where his calm authority and sense of fair play under great pressure made him the best in the world’s most popular sport. After his retirement in 2005, Pierluigi has continued to work in Italy as head of the Italian Serie A referees. In 2010 he was appointed as UEFA Chief Refereeing Officer. Currently Pierluigi is the Referees Committee Chairman for FIFA. Through his refereeing, he featured in several advertising and PR activities for International brands like e.g. adidas, Mastercard, Snickers and Castrol.

Regarded as the best referee of all time and an iconic figure in the sporting world, Pierluigi offers audiences a glimpse of how he has reached the top of his trade and his dedication to the role which has brought him fame and celebrity, as well as being a former Ambassador for the International Red Cross and FIFA Ambassador. He explains in meticulous detail how he became an official and what it takes to be the best and stay the best.

His presentations are inspirational and filled with anecdotes and humour. Often under the spotlight of the world’s media Pierluigi is highly professional and well used to dealing with the pressures of a live audience.