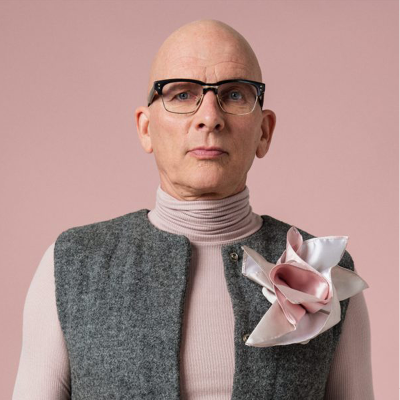 Dr Kjell Anders Nordström is a Swedish economist, writer and public speaker. He is the interpreter of the new business world. His dynamic style has made him a highly appreciated speaker, and he has given keynote presentations in over 100 countries. The Global Gurus Top 30 Management ranking put him at number 23 worldwide and among the top 5 in Europe.  In 2009 Thinkers 50, the global ranking of management gurus, placed him and his partner Jonas Ridderstrale among the list of most influential thinkers. His research and consulting focus is on the areas of corporate strategy, multinational corporations and globalization.

He suggests that our time is unique. We are probably at the beginning – not even the middle – of the fastest business model transformation since the 1850s.

Dr Nordström has 25 years’ experience working with multinational companies and has served as an adviser and consultant to several large multinationals around the world. He holds adoctoral degree in International Business from the Stockholm School of Economics.

Kjell Nordström has published four books and numerous articles on the internationalization process of firms. His book Funky Business (co-authored with Jonas Ridderstråle) sold more than 300,000 copies and has been featured on CNN and CNBC, as well as in numerous magazines and newspapers.

His latest book Urban Express, co-authored with Per Schlingmann, tells a story about a silent revolution, spearheaded by cities and women. The authors see multinational corporations being transformed into multi-urban corporations. They see ‘urban’ becoming the new black with mayors becoming the prime ministers of our era.