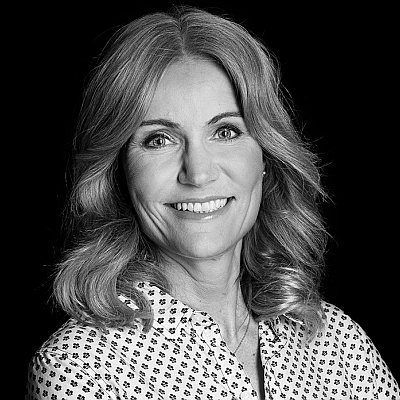 Helle Thorning-Schmidt secured herself a place in the history books when she became the first woman to hold the post as Leader of the Danish Social Democrats and in 2011 as Prime Minister of Denmark. In her latest position as CEO of Save the Children International, she held an international leading position in an organisation with an annual turnover of more than DKK 10 billion and 17,000 employees in 100 countries.

Helle Thorning-Schmidt has always been deeply engaged in national, European and global issues. She continues to offer her expertise and insights to several influential international advisory groups and think-tanks as a board member. These groups include; The International Crisis Group, Every Child Global Strategy UN Advisory Group, the Centre for Global Development European Advisory Group and The European Council for Foreign Relations.

Helle grew up in the city of Ishøj with a single mother and has been politically active since her early youth.

She is known to be a courageous woman with a strong charisma and a forceful personality; maybe because her father told her that: ”Girls can do anything – also become the prime minister”, and during hard times, she reminded herself that what doesn´t kill you, makes you stronger.